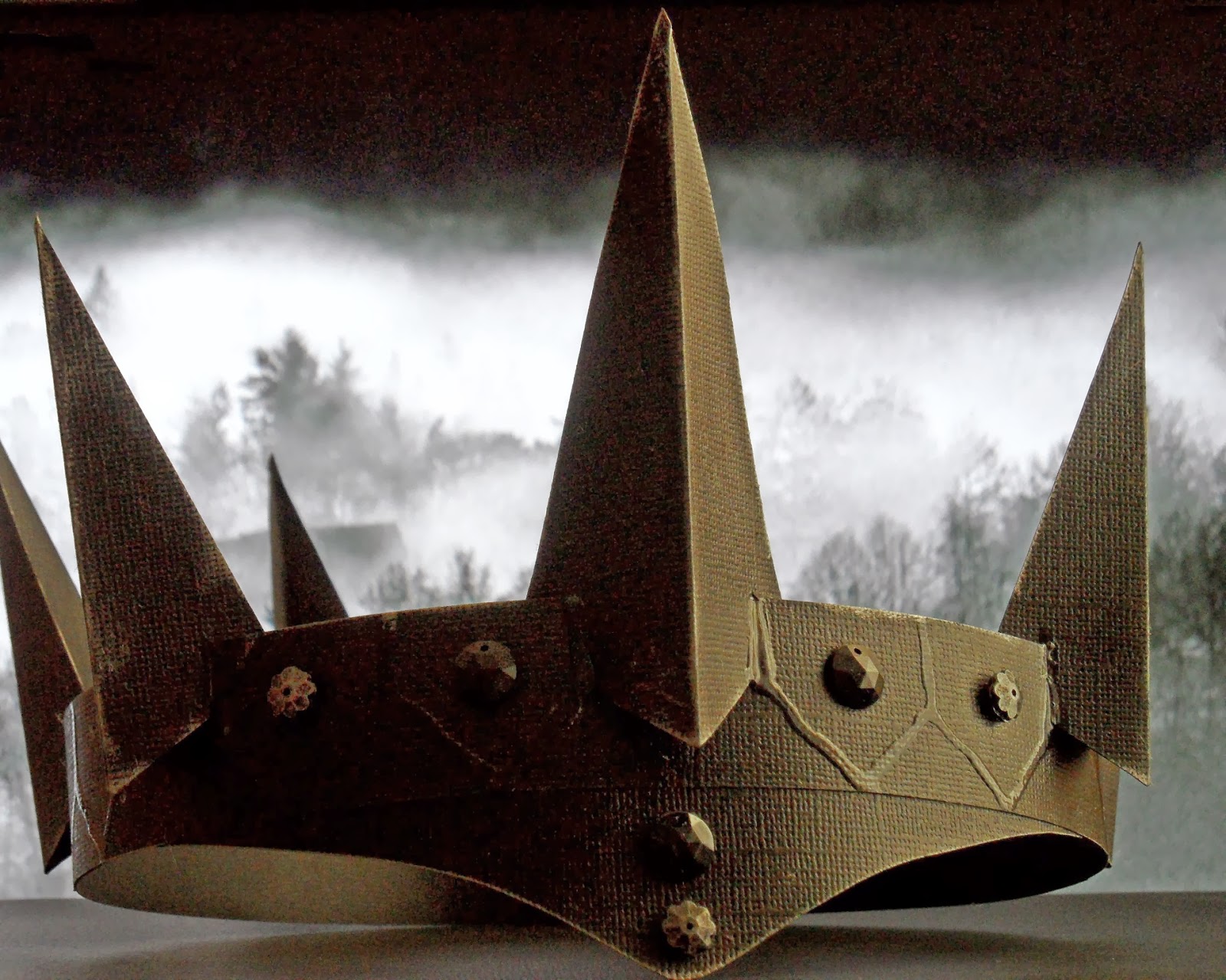 OK, so this isn't in any way a gift box or a gift, but I wanted to show this tutorial in case anyone else wanted to create one.

An Evil Queen costume is nowhere near complete without an evil-looking crown, and as I couldn't find one that I really liked, I chose to make one myself. 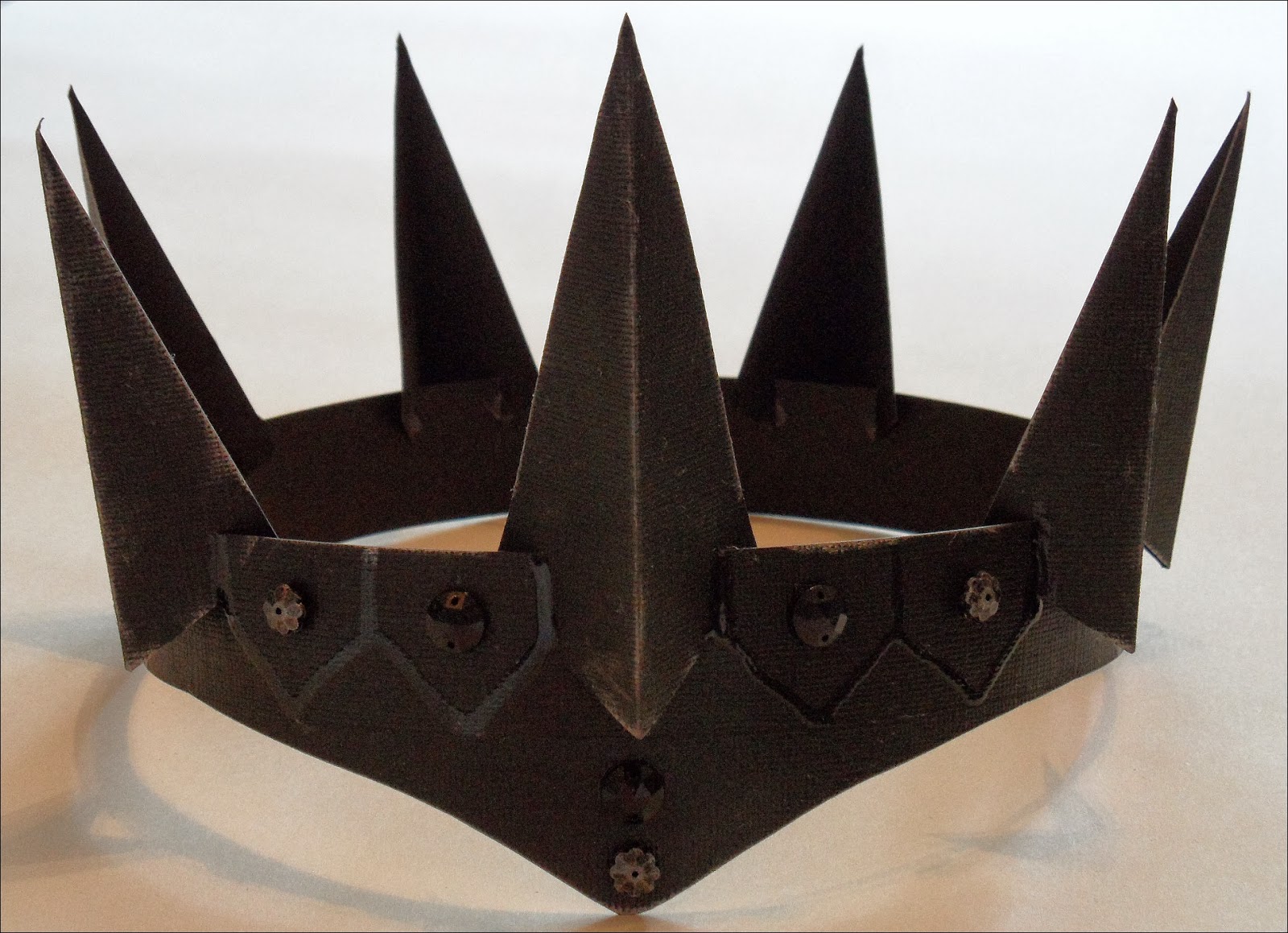 Starting with 2 strips of black cardstock (250gsm recommended), 3cm wide, I glued the ends together so that it was big enough to sit on the crown of my head. 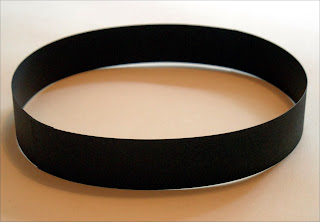 I created a template for the next part, cutting out 6 small 'spikes' out of black cardstock, and 1 slightly taller 'spike' for the front: 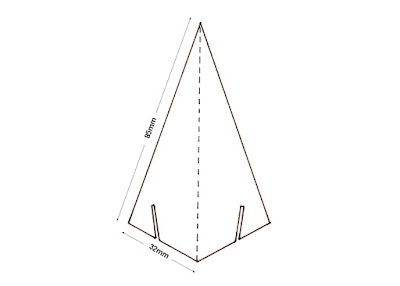 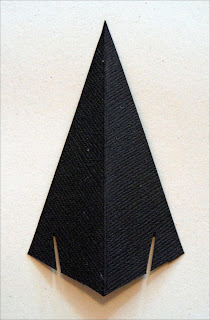 Using PVA glue, I attached each 'spike' to the crown as shown, making sure they were all evenly spaced. 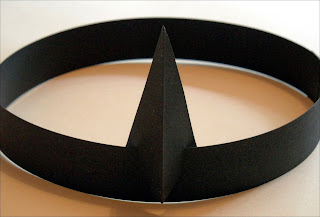 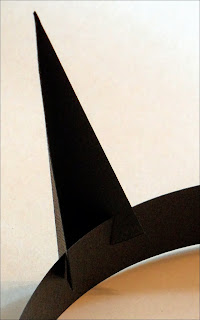 To the front, I glued on an extra piece of black cardstock (using the following template) to represent the familiar widow's peak.

I then carefully drew a pattern all the way around the crown using 3D Clear Gloss Finish, making sure to seal all of the joins.

To give it an aged metal look, I lightly applied silver ink to each of the edges and quickly blended it in with a sponge before it dried. (You could also try a textured look for your crown by following this tutorial.) 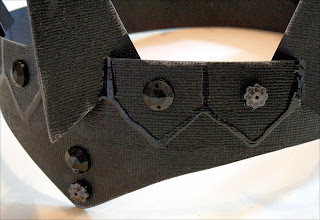 Finally, to add some sparkle, I added several black and silver jewels to the front, and sprayed the whole crown with Spray and Shine. 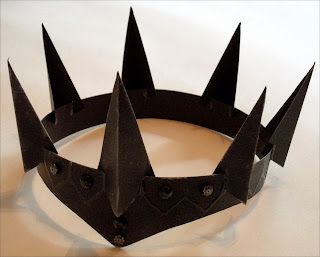 The finished crown. I hope you like it, and are inspired to create your own! If, however, you prefer to use an actual template, you can find one that I designed in my Etsy store.